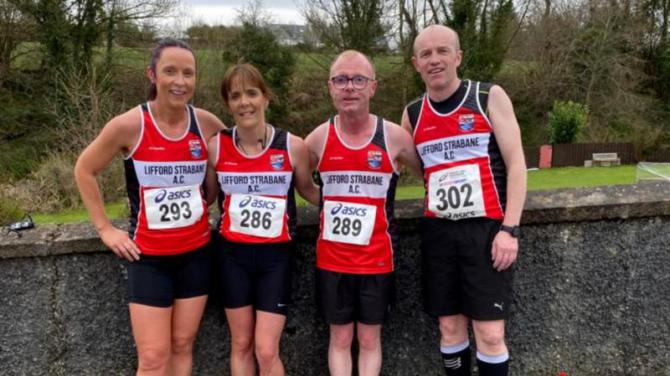 There were National University Track and Field medals for Lifford Strabane AC duo, Brendan O’Donnell and Gareth Crawford while on the roads, Linda McGrath continued her scintillating form of late when going under 40 minutes for 10km for the very first time in the Convoy 10K.

Clubmate, Gareth Crawford, representing University of Ulster, took a silver medal at the championships with a throw of 61.97m in the javelin - a fine season opener.

Crawford followed this up with a bronze medal in the weight for distance with a throw of 8.51m just ahead of Brendan O’Donnell in fourth place (8.11m)

There was a sixth place finish too for Lifford Strabane AC’s Ross Henderson, representing University of Ulster, in the hammer throw.

This was more than enough to give McGrath the win in the O40 category.

There were great runs also from Martin Kelly who covered the distance in 40 mins 42 seconds and Dympna Houston who crossed the line in 42 mins 50 seconds.

Raymond Hoynes also impressed, coming home in a time of 43 mins 45 seconds, while Don Pearson will also be happy with his time of 46 mins 27 seconds.