Raphoe man Ed is named Ultra Runner of the Year! 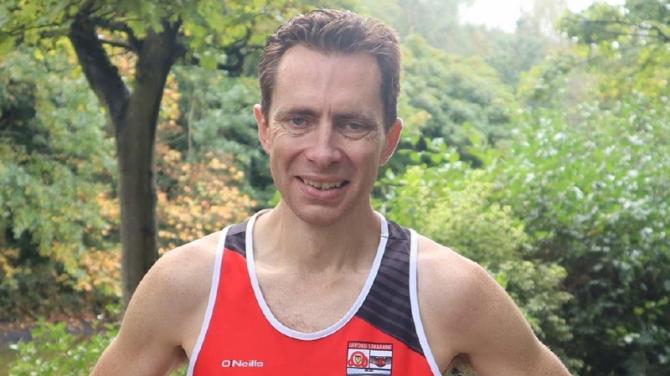 SATURDAY evening was a red-letter night for Lifford Strabane AC, with the news that club athlete, Ed McGroarty, had been announced as the Athletics Ireland Ultra Runner of the Year for 2021.

This was just reward for the Raphoe man, who had an exceptional year with several highlights including winning the Belfast 24 Hour International in October. On that occasion, McGroarty smashed the Irish record when clocking up a massive 256.57km in 24 hours.

More recently, the Lifford Strabane AC athlete was selected for the Irish team which competes in the Anglo Celtic Plate 100k in Scotland in April.

Meanwhile, a number of Lifford Strabane AC athletes competed in indoor track and field events at home and abroad.

In the Czech Republic, high jumper Shannon Craig had a good season opener of 1.70m, just 5 cm shy of her personal best of 1.75m set last season. The Hustopece High Jump Competition attracted world-renowned high jumpers, Morgan Lake and Gian Marco Tamberi. Craig’s leap of 1.70m was good enough for fourth position in the B pool of the event.

In Jordanstown, meanwhile there were several more great performances from Lifford Strabane AC juveniles at a Northern Ireland Jumps and Throws meet.

Limavady lad, Finn O’Neill had an outstanding day leaping to a 1.75m high jump victory to add to excellent personal best performances in the Shot Put and a leap of 6.23m in the Long Jump.

Strabane girl, Ashleigh McArdle also had a day to remember with big personal best performances of 1.60m in the High Jump and 5.09m in the Long Jump.

Lifford Strabane AC sisters Ella and Chloe Costello also excelled. Older sister, Ella jumped to a new personal best in the Long Jump (5.21m) while younger sister Chloe made it a worthwhile trip for the Inishowen girls with a fine leap of 4.88m in her long jump event.

Strabane lass, Emily Rose Kelly reached new pastures in the Long Jump, adding 45cm to her previous best with a leap of 4.28m while Burnfoot athlete, Emer McFadden added 22cm to her personal best in the Shot Put, reaching out to 8.12m.