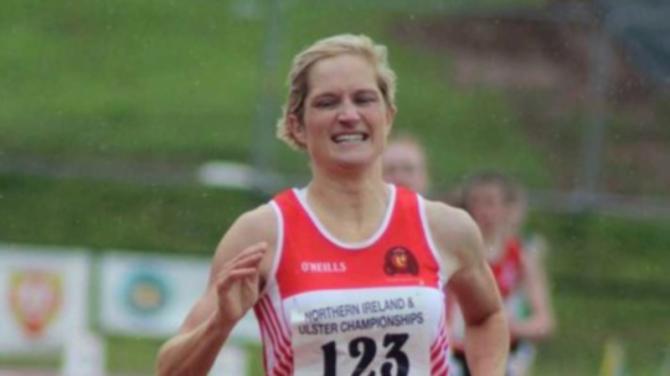 STRABANE'S Ann-Marie McGlynn continued her strong form at the Barcelona Half Marathon on Sunday, as the local athlete continues in her efforts to qualify for the Tokyo 2020 Olympics.

Ann-Marie, who represents Letterkenny AC, will automatically qualify for the prestigious event with a 2:29 finish in the Rotterdam Marathon in the Netherlands on April 5, and she is well on schedule, if her latest time is anything to go by.

Ann-Marie faced a strong head wind but still managed a fantastic 16th-placed finish at the Barcelona Half Marathon in a wonderful time of 72 minutes and 12 seconds.

“I ran a really good, solid race, even if it was a little bit slower than I would have liked,” said Ann-Marie.

Ann-Marie was on course for breaking her personal best time of 71:59 - until the weather changed.

“There was a strong head wind in the last 5k, so it was difficult.

“I’m happy though, I got what I wanted out of the race.”

The talented Strabane woman will now focus all of her efforts on the Rotterdam Marathon on April 5.

“It’s my main race. Barcelona was really just a stepping stone towards that.

“I just need to get my head down and train hard for the next six weeks.

“Hopefully I will run faster on the day than I did in Dublin.”

Back in October, Ann-Marie shattered the Northern Ireland ladies marathon record in Dublin in an amazing time of 2:32.54, beating an 18-year record.

What was even more impressive is that Dublin was only Ann-Marie’s second ever marathon, having completed her first just six months prior to that in Rotterdam - a race she finished in 2:39.

Ann-Marie will need to take 10 minutes off her time from last year in the Netherlands city to qualify automatically for Tokyo.

Failing that, she needs to squeeze her way into the world’s top 80 rankings.

“I think I’m sitting 86th at the moment, but it changes every week and I don’t want to keep checking, because you can get bogged down in it,” said Ann-Marie.

“I need to concentrate on the bigger picture and run as well as I can in Rotterdam. Hopefully that will be enough to get me there.

“It is going to really, really hard, but it’s the same for everyone.

“I’m training really hard, so it’s just a matter of hoping everything goes right on the day.

“I was running really well in Barcelona, and then the wind hit me. Things like that can happen, which can knock you back a bit.”

In Rotterdam last year, Ann-Marie had to battle with the heat as it soared to 26 degrees.

“It had never been that hot before, so you just never know what can happen.

“When you’re training here, you’re battling winds and rain - it’s horrendous. But it’s just a matter of doing all of your training and getting to that start line fit and healthy.”