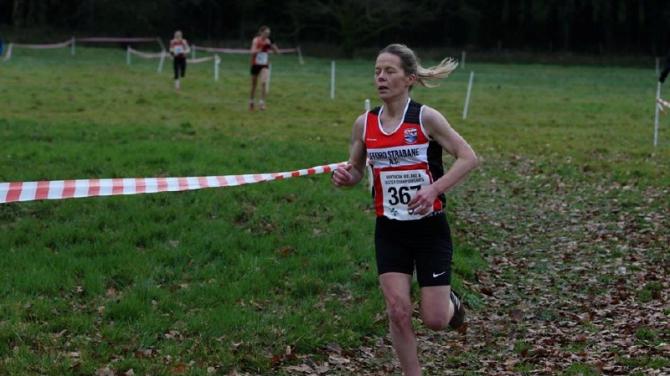 IN was an early start at the All Ireland Indoor Combined Events Championships in the AIT Sports Arena, Athlone, Lifford Strabane AC was represented by five juvenile athletes; Ashleigh McArdle, Ella Costello, Chloe Costello, Emer McFadden alongside Finn O’Neill who made his debut in the Lifford Strabane AC vest at this competition with each athlete competing over five different events.

A club spokesperson said: “All our club athletes performed extremely well which resulted in two podium finishes and several personal bests for both Finn and Ashleigh, which is an incredible achievement for both and their respective coaches in what was an extremely high quality competition with large numbers competing in each event.”

Finn took a well merited win, placing an impressive first overall in the boys u16 championships. This athlete achieved personal bests in three events out of five to finish with a total of 3,511 points.

For Ashleigh she too had an outstanding day performing consistently throughout the five events, resulting in three personal best performances to take second overall in the girls u15 championships. All athletes are coached by Sharon Gallen and Barry McArdle.

Mid week action commenced on Thursday, January 23 at the Ulster Sportshall Finals in Magherafelt, which saw six  Lifford Strabane AC juvenile athletes make up the various teams representing Donegal in this event which were successful to progress to the UK Sportshall final in Sheffield.

Chloe Costello and Emer McFadden in the u13 girls team, Ashleigh McArdle, Harriet McCrossan and Elsa Moore in the u15 Girls team with Diarmaid O’Donnell in the u15 boys team. These athletes alongside their coaches will now prepare for the finals in April.

The club spokesperson added: “Well done to all athletes and team managers particularly our own club coach Barry McArdle.”

On Saturday, the club had senior athletes competing at two separate events. First up was the NI & Ulster Masters Cross Country the club was represented by two senior lady athletes Claire McGuigan and Elaine Connor at this event were we witnessed another incredible performance from Lifford Strabane AC’s leading lady Claire McGuigan taking control of the race on the second lap to be the overall winner in a time of 17:54 to take gold in the NI & Ulster Masters Cross Country.

Elaine Connor had a strong run to finish 16th overall out of a field of 85 competitors in what was a very fast pace race over grass in 19:42. Well done ladies and congratulations Claire on another superb run and win.

Next up at the Irish life Health National Indoor Junior + U23 Championships the club’s Alan McGinley took to the starting line of the u23 men 1,500m race. Alan finished in an impressive third place overall to take bronze in what was a very tactical race in a super time of 4:12.14. All athletes are coached by club coach Michael McKinney.

Sunday, January 26, the Northern Velocity-Dog Leaf Half Marathon was the venue for Lifford Strabane AC’s Seamus McAteer. This course is run over trail terrain taking in the Roe Valley Country Park. Seamus finished in a time of 2:02:08.

The spokesperson added: “Well done to all who club coaches and athletes that competed and represented Lifford Strabane AC over the course of the week. Congratulations to all competition winners, category winners, medal recipients, those who achieved praiseworthy personal bests. All at the club are tremendously proud of your achievements.”

“The club was delighted to have such a large number in attendance with a few familiar faces making a welcomed return to the club. Well done to all who plucked up the course to embark on this programme! We look forward to seeing your progression over the next few weeks,” the spokesperson added.

It’s imperative that all renewals of registrations and memberships are completed ASAP due to the juvenile club members requiring their Athletics Ireland registration numbers to enter competitions that are commencing in the coming weeks.

Sunday, February 9 brings the concluding race in the 5K Spring Series sponsored by Liam Daly, Old Dalys XL, Lifford to which the club thank for his ongoing support in this yearly event.

“Results day of this race brings a party atmosphere to the event in previous years with music, singing and even some dancing for those who have the energy whist in anticipating the final three race results,” the spokesperson added.

All athletes should be on the track and ready to train at 6.30pm sharp. The Couch 2 5K runs on Tuesday Thursday at 6.30pm.

Senior training is held at 6.45pm on Tuesday and Thursday. All sessions are coach led.