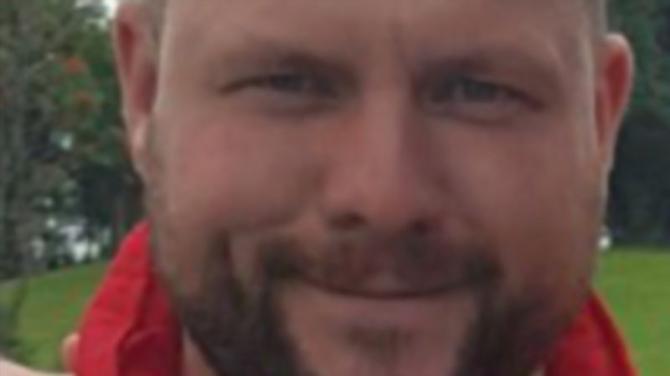 STRABANE Athletic will make the trip to Larne in round six of the Irish Cup this weekend full of confidence having gained ground on current league champions, Magherafelt Sky Blues, with an impressive 2-1 win.

The Sky Blues hosted the Blue and White Army (BAWA) and their supporters on Saturday in a pulsating game which saw the local side come away with a well deserved victory and a valuable three points as the league race hots up.

This game looked to be slipping away from Strabane Athletic as the second half progressed. The visitors to Spires Park had dominated the proceedings and should have been further ahead than the 1-0 lead provided by Warner Mullen's fine strike after nine minutes.

But the Strabane men were frustrated by a lot of missed opportunities and as so often happens a counter attack by the home team saw Mark Kelly head home at the far post to even the scores after 65 minutes.

Mullen's early strike was no more than Strabane deserved for a bright positive start. The exchanges were then fairly even for a while as both teams struggled to pass the ball with any consistency on a very bumpy pitch.

The Sky Blues did threaten when centre forward, Tomas McCann, had a low shot which went wide and Athletic keeper Jack Boggs, was called upon soon after this to push away a dangerous low cross.

However Strabane were the more creative team and chances were fashioned for Dylan Forbes to head over before Sean Ferry's low delivery was missed by his colleagues in the penalty area.

A nice move followed when Luke McGeehan found Warner Mullen with a superb pass. The striker controlled brilliantly but his shot was blocked. Magherafelt were always dangerous and they served notice of this with a shot from distance which just cleared the crossbar.

As the half time whistle approached the home team suffered a blow when referee Noel Crossan showed a straight red card to midfielder, Terence O'Brien, after an off the ball incident involving Strabane's Michael Logue.

The second half began with Athletic totally dominant and the Sky Blues were grateful to goalkeeper Ronan Cassidy for a few excellent saves. Opportunities came and went for the Tyrone men and Sean Ferry, Conal Crawford and Warner Mullen all had chances to extend the lead.

Unfortunately that didn't happen and Kelly's goal allowed the Co Derry men back into the game. Forbes nearly responded immediately for Athletic with another header just too high but at the other end there was an uncomfortable moment when Eoghan Hawe fired just over the bar.

Strabane manager, Eamon Curry, introduced teenager Aodhan Bishop to the fray and the young player was to repay the boss's faith in him by producing the match winner in the 80th minute. Athletic were awarded a free kick close to the corner flag and when Conal Crawford whipped in a fine low delivery Bishop was there to provide the vital touch and restore Athletic's lead.

Mullen then nearly got a third for the local team but his volley was blocked. The last ten minutes were a bit nervous for Strabane fans as the current league champions pressed hard for a point but at the final whistle it was still 2-1 and Athletic recorded a well deserved and important victory.

There is a long way to go in the Intermediate League but Curry's men are in with as good a chance as any of the other teams.

Next week all roads lead to Larne as Strabane Athletic play Larne Tech Old Boys in round six of the Irish Cup.

A large travelling support will hope to cheer their local team into the hat for the quarter finals draw.