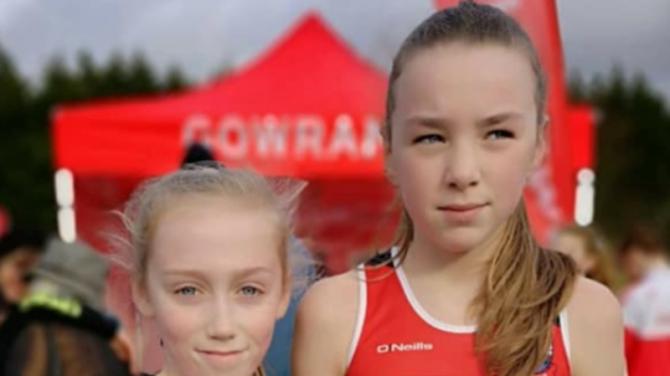 On Sunday, November 25, four Lifford Strabane AC athletes, alongside their coaches, made the trip to the All-Ireland Cross-Country Championships in Abbottstown, Co Dublin.

Elsa Moore's 50th place in the Girls u14 was the outstanding performance from the local athletes at the championships. In a field of 148 runners, Elsa performance was fearless.

Elsa was followed home by clubmate Ashleigh McArdle in 108th position. Both girls were members of the Donegal team with Elsa also a member of the Ulster Team at this event.

Both athletes were competing a year out of their age group meaning that they went into this championship underage and will have the advantage of competing in this age group again next year. Both Elsa and Ashleigh are coached by Barry McArdle.

At the same venue in the Junior Men's event, Brandon McGrinder finished in 77th position and Charlie McElwaine in 90th. They were the fifth and sixth Donegal scorers in a field of 126 runners. The Donegal team finished seventh overall. Both Brandon andCharlie are coached by Michael McKinney.

A club spokesperson said: “Well done to all athletes and coaches on these fine performances.”

It was with great sadness and shock that Lifford Strabane AC heard of the sudden passing of club member, Liam McConalogue, who died at his home on Friday.

Liam joined the club through a ‘Men On the Move’ initiative a few years ago and was involved in a number of the club’s recreational running initiatives over the past few years.

A club spokesperson said: “Indeed, Liam was at training last night (Thursday) as part of our recent Couch to 5K initiative and hearing of his death this morning was met with genuine shock.

“A quiet, gentle and personable man, who was deeply ingrained in sport. He was very much involved with his local Convoy GAA club. To Liam’s family and friends, we wish to express our deepest sympathies and may his gentle soul Rest in peace.”