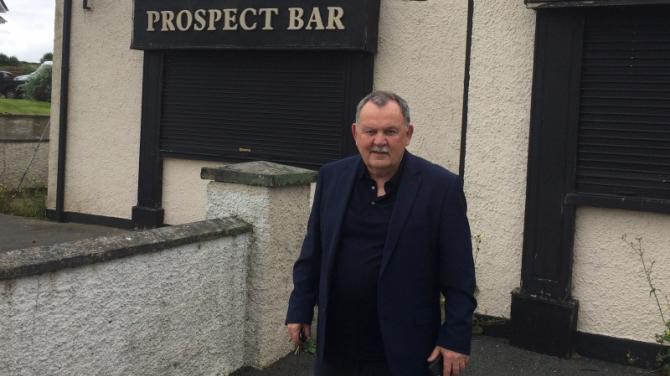 FUNDING has been allocated for additional safety measures at a notorious accident blackspot on a section of road between Clady and Glebe.

Infrastructure Minister, Nichola Mallon, confirmed that money has been allocated to progress the scheme to improve the Bellspark Road/Orchard Road junction.

She has also said that the aim is to have different elements of the scheme completed within this financial year.

The news was confirmed by the Minister in answer to an Assembly question from West Tyrone MLA., Maolíosa McHugh, on the issue.

The Sinn Féin representative had asked the Minister "whether she has applied for, or secured, additional funding from the June monitoring round to progress the scheme to improve the....accident blackspot."

For several years now the Bellspark Road and its junction with the Prospect Road/Orchard Road has been the focus of repeated calls for action following a spate of accidents and near misses on the dangerous stretch.

The area is a busy route with motorists and hauliers alike crossing the border in the hope of cutting their journey time by-passing Lifford, Strabane and Sion Mills daily in large numbers.

The high volume of traffic coupled with poor sightlines and speed approaching the junction makes it as dangerous for drivers as it does pedestrians.

A range of remedial measures in an effort to improve safety at the location have previously been undertaken including improvements to sightlines, the laying of anti-skid surfacing and additional warning signage however local politicians say these have not been enough to prevent collisions.

In her response to Mr McHugh's question, the Minister said: "My department has plans to progress a scheme to improve the Bellspark Road/Orchard Road junction, which will involve changes to the existing road layout to make it safer for users.

"The new layout will introduce a staggered crossroads and bring about significant visibility improvements.

"I have already allocated sufficient funding for the elements of this scheme I am advised can be completed during this financial year."

Maolíosa McHugh, who has regularly lobbied on the issue over the years both as a councillor and now as an MLA, has welcomed the news.

He said it has been a long time coming and that he is glad the scheme is finally being advanced.

“A planned scheme to redesign the Bellspark Road/Orchard Road junction accident black spot including: introducing a staggered crossroads and bringing about significant visibility improvements, has been confirmed for quite some time but up until now Minister Nichola Mallon has been citing financial constraints as grounds for it not proceeding," she said.

“Given the additional monies DFI secured from the June monitoring round, I had asked the Minister if she would now provide the necessary finance to prioritise this much needed scheme and now welcome her response stating that she has allocated sufficient funding for the elements of this scheme and that she has been advised that they can be completed during this financial year."

He added: “This has been a long lobbying battle but hopefully, with confirmation of this funding and an indicative completion timeline, there is at long last there is light at the end of the tunnel.

"This news will be warmly welcomed not least by all motorists who dread having to navigate this notorious accident blackspot on a regular basis."