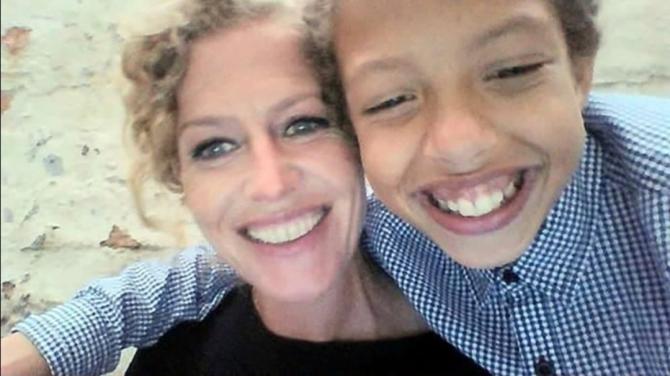 MOURNERS at the funeral of schoolboy Noah Donohoe have heard he was a "beautiful soul with a beautiful mind".

In his homily, Fr Michael McGinnity spoke of how "a tangible sense of shock and disbelief has gripped the community" since the news of his death emerged.

The body of the missing teenager, whose mum Fiona and family are from Strabane, was found in a storm drain in north Belfast on Saturday.

He had been missing since Sunday, June 21.

Hudreds of people lined the streets, including some of the volunteers who helped search for Noah, as his funeral cortege made its way into the church.

Members of the basketball team he played for walked alongside the hearse and provided a guard of honour.

"So much has been written and said about Noah that has touched the hearts of everyone in this city," Fr McGinnity said.

"But what has stayed with me are the words of Fiona when she spoke to me last Sunday night.

"She said, 'I have been so blessed. Noah was a beautiful soul with a beautiful mind. He poured a whole life time of love into my life in 14 short years.’

"What a wonderful tribute from a mother to her son who is such a Godsend to her".