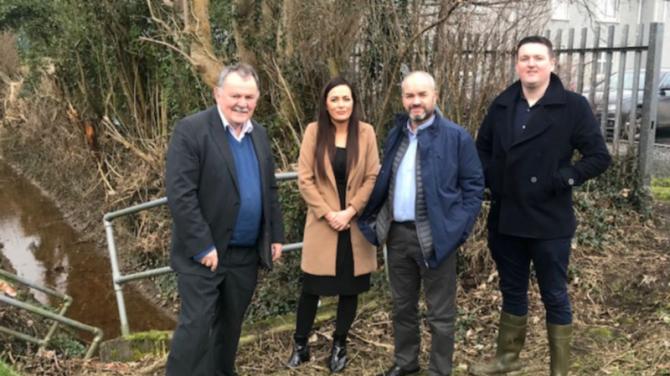 SINN Féin MP Órfhlaith Begley has welcomed plans for a feasibility study to be undertaken by the Department for Infrastructure into flood defences for Sion Mills in an effort to prevent a repeat of the unprecedented flooding which caused so much damage and distress to residents of the village last August.

The West Tyrone MP and party colleague, Maolíosa McHugh MLA met with department officials and visited parts of Sion Mills that were impacted by the flooding last week.

Commenting on the announcement, Ms Begley said: “The severe flooding in Sion Mills last August left 30 homes flooded and was extremely distressing for those affected who had to begin to pick up the pieces.

“Since then I have been liaising with the Department for Infrastructure’s Rivers Division and have been pressing for remedial flood defence measures to be actioned.

“I therefore welcome confirmation from officials at this meeting that a feasibility study will now review what improvement measures they can make with the drainage system in an effort to prevent any re-occurrence of such flooding in the village.”