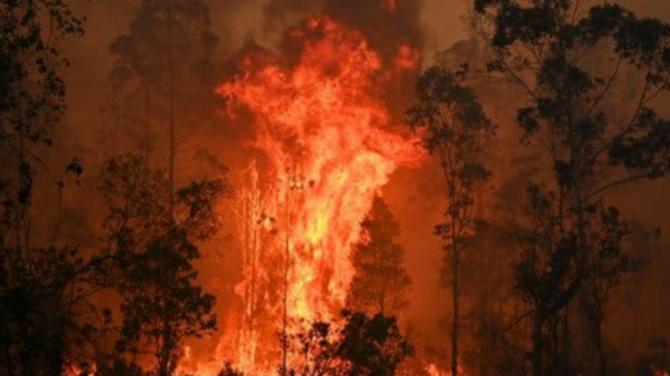 A LOCAL woman who has made Australia her home has pleaded with local people to make donations to help combat the devastating fires which have ravaged the country.

Australia is currently fighting one of its worst bushfire seasons, fuelled by record-breaking temperatures and months of severe drought.

The fires are burning along stretches of the eastern and southern coast, which is where most of the population live and have left a trail of destruction in their wake.

Australia has always experienced bushfires - it has what's known as a fire season - but this year they are a lot worse.

At least 24 people are known to have died and thousands of properties have been damaged or completely destroyed by the raging infernos since they began in September.

Dozens of people remain missing and an untold number of animals and wildlife have perished as a result of the crisis.

While there has been rain and cooler temperatures, it’s expected to get much hotter again later this week and experts have warned that the worst may be yet to come.

Lisa Michelle Huntley (née Patton) is originally from Lifford but has been living for several years now in Perth.

She is asking local people to consider helping in the fight to combat the fires by donating to one of the many fundraisers online for charities and rescue services helping in the crisis.

In an appeal online at the weekend, she said: “My heart is so sore with the tragedy that is happening here right now.

“Half a billion animals have perished so far in the Australian bushfire crisis. One third of koalas did not make it. That’s more than the amount of humans in America. Entire species are expected to be wiped out.

“Farmers are shooting their scorched and burning livestock. The wildlife that does survive, have burns on their paws from the hot ground they’re forced to walk on in search of water.

“Over 1,000 homes lost and the death toll is rising. Six billion hectares of land destroyed.

“Entire villages have perished with many towns only having one road in and out. People have been evacuated to beaches trying to avoid the fires.

“Ireland and Australia have a special connection with so many of us Irish here. Australia needs Ireland’s help."

The Donegal woman added: “I know at this time of year people have spent a lot of money on Christmas and January is tough. I know I don’t have a lot of money at the moment but even spare $10 to donate please.”