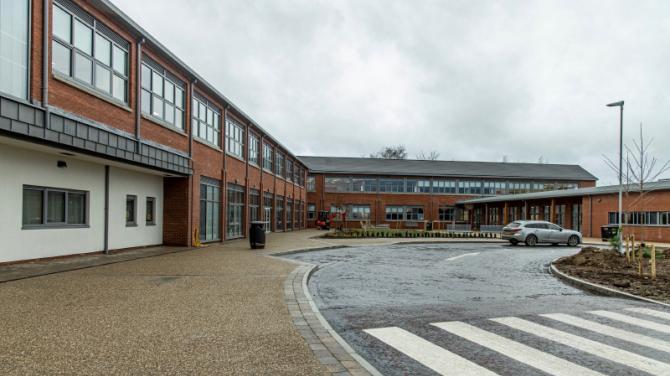 IT'S not often a return to the new school term is greeted with smiles but that has certainly been the case at Strabane Academy all this week as staff and pupils return from the festive break and into their new school building.

The long wait for the big move into the multi-million pound education campus finally ended on Monday morning with the beginning of the new term as senior pupils from Years 13 and 14 became the first to walk through the gates and into the new building.

The opening of the £21.47 million build on the Derry Road site, just behind what had been the junior campus and previously Strabane High School, comes over eight years after the school began life as Strabane Academy.

Omagh-based Woodvale Construction have been taking forward the new school.

It has been designed by architects Samuel Stevenson & Sons as a two-storey building to provide a state-of-the-art post primary school for 700 pupils with classrooms and support accommodation.

See next week's edition for an in depth look at the new school.