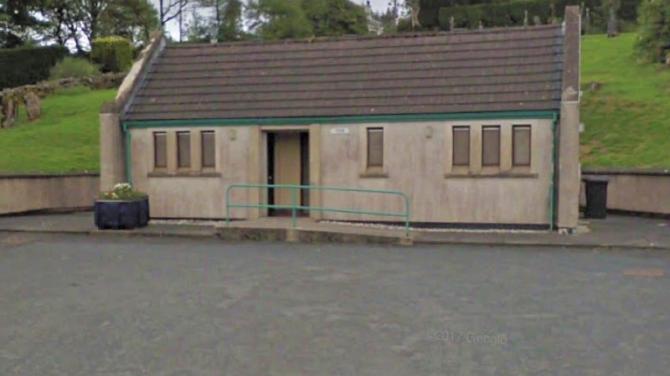 A DECISION by council to press ahead with the closure of the public toilets in the village of Cranagh has caused anger within the community.

A review of public convenience provision across the Derry City and Strabane District Council area was carried out in 2017 by a working group which consisted of elected members and council officers.

A number of recommendations were approved by a council committee and later ratified at full council including the closure of the village’s toilet block - despite protests by local residents.

A new report presented to councillors at a meeting of the Health and Communities committee on Thursday updated councillors on the public toilets provision across the council area including progress with implementing the recommendations approved by council.

Referencing the closure of the toilets at Cranagh, the document outlined that a meeting had been held with a number of community representatives and elected members on the matter.

“Residents opposed to the closure but no suggestions for alternative use of the site. Closure currently being progressed,” the report stated.

It added: “The closure of the public conveniences at Cranagh will have human resource costs relating to the staff member involved in the day to day cleaning and related duties at the facility.

“The human resource implications are being addressed by the council’s Human Resources section.”

Residents in the area are now preparing to mount a campaign to have the decision overturned with a public meeting expected to be organised in the coming weeks.

They are being supported by former independent councillor, Patsy Kelly who opposed the closure when he sat on the local authority.

Mr Kelly said the decision to press ahead with the closure had prompted considerable anger within the Cranagh community.

“Council officers had met with community members in Cranagh. That meeting was very heated and the council officers left that meeting in no doubt that the community did not want this facility closed. They have been there for 25 years or more and it’s a service which rural dwellers feel very strongly that should be kept.

“The provision of the toilets is very needed in Cranagh given that tourists pass through regularly, including hillwalkers and cyclists. The village is also the main thoroughfare to Draperstown.

“Since that meeting last year, we’re now told that the decision was brought to council where the recommendation to close was passed. Council did not come back and there has been no further consultation with the community since.”

Mr Kelly said he understands the toilets will close permanently after Christmas.

He said the closure was another blow for the area adding that promises to utilise the Sperrin Heritage Centre, which is now closed, have never materialised.

“This has caused a lot of anger in the community and we are going to push to keep these toilets open and try to overturn the decision.

“We’re in the process of arranging a public meeting. It’d be interesting to know exactly how much it costs to run the toilets. They are based on council land so there is no cost there.

“We had previously asked for the figures and we never go them. We were told we would but council kept pushing the ball down the road in front of us.

“The rural community feels like it’s them first when there are cuts. They are ratepayers too and they feel they are getting little for their money and that no Sperrin councillor is fighting on their behalf. I might not be a councillor anymore but I’ll still help the rural communities,” he added.