Tribute paid to 'one of life's true gentlemen' 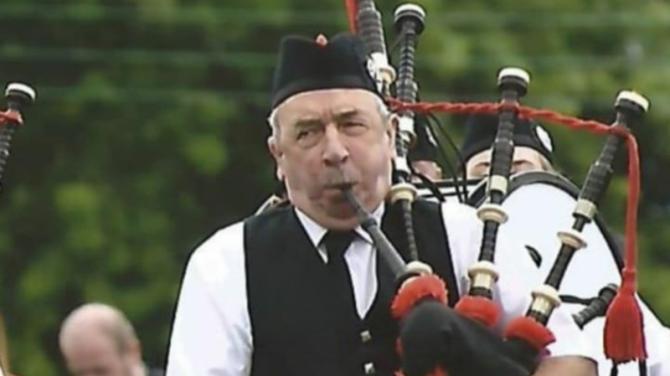 TRIBUTE has been paid to a stalwart member of a local pipe band who passed away suddenly at the weekend.

Billy Campbell (78), a member of Sion Mills Pipe Band who passed away on Saturday, has been described as “one of life’s true gentlemen’.

Yesterday morning (Tuesday), members of the band formed a guard of honour at the service of thanksgiving for his life held at Alt Presbyterian Church.

Paying tribute to Mr Campbell, his fellow bandsman and long-time friend Andy Patton said the news of his death had shocked and saddened many people.

Mr Patton said it was with “great sadness” and a “heavy heart” that he learned of Mr Campbell’s passing.

Describing him as “a great friend, colleague, musician and one of life’s true gentlemen”, Mr Patton said the passing of Mr Campbell leaves a huge void in the band.

“There will forever be a void in the lives of all our Sion Mills Pipe Band members.

“Billy has been an integral part of our band for many many years. He always turned out perfectly and gave his all for the musicians around him.

“At this time and on behalf of all our band, we extend our deepest condolences to Billy’s wife Maureen and family, and also his wider family circle. May he rest in peace. Heaven has gained an angel,” he said.

His comments were echoed on social media where numerous tributes were paid to Mr Campbell.

Following the service, he was laid to rest in the adjoining churchyard.

Donemana group delivers over 1,000 meals to individuals in isolation