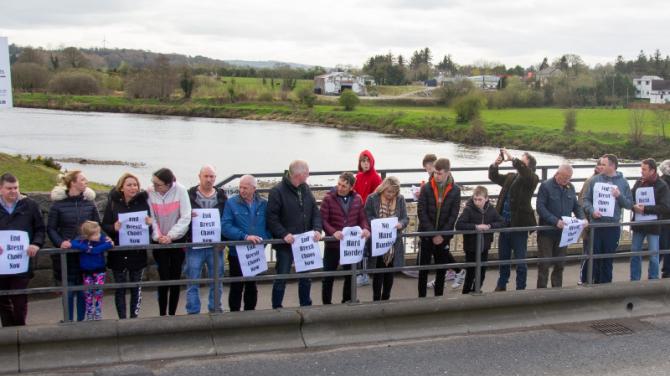 BREXIT protests will be held at two Tyrone-Donegal border crossings this evening (Wednesday).

The demonstrations will be staged by anti-Brexit campaign group Border Communities Against Brexit (BCAB) and have been organised in advance of a key EU Council two-day summit beginning tomorrow (Thursday) - the final such meeting before the UK is due to leave the European Union (EU).

Discussions between government and EU officials aimed at settling the terms of the UK's withdrawal have intensified in recent days with hopes that a deal can be agreed on in the coming days.

Prime Minister Boris Johnson has insisted the UK will leave by the October 31 deadline – deal or no deal – however he is compelled, by law, to request an extension if no deal is in place by the weekend.

A torch light demonstration opposing the prospect of a no deal scenario is scheduled to take place at Strabane-Lifford bridge at 7.30pm and on Clady Bridge at 8.15pm tonight.

They are being held in co-ordination with major protests being held simultaneously in other border areas.