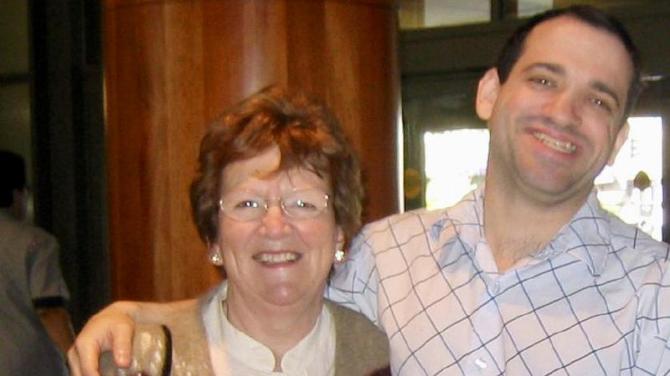 THE family of Strabane poet John McCrossan will gather in the town this Saturday to unveil his headstone over 100 years after his death.

John, who was also known as the ‘Evish Bard’, was a working class farmer from Strabane who, in the early 19th Century, spent much of his time reciting and writing poems which were often published, mostly by the Farmer’s Almanac.

He won awards for his work, while sharing some of his writings with his local church, community, and family overseas.

John passed away in 1895 aged in his 50s and was buried with his wife Mary-Ann McGurk and their two children, John Junior and Rebecca in Strabane Cemetery.

He did not have a headstone leaving his grave unidentifiable despite him being locally recognized and with a prized collection of published poems that are still in circulation.

That is all set to change on Saturday after his family came together to raise the funds needed to provide him with a beautiful headstone via a Go Fund Me page.

About 100 family members from Ireland, England, Australia, New Zealand, the United States and Europe will meet in the town on to celebrate the life of their famous relative and ensure that his legacy will continue in his hometown and all around the world.

The headstone which has been produced by Devine Memorials will be unveiled following a special Mass at the Church of the Immaculate Conception.

The event has been in the planning for well over a year and is all thanks to the efforts of Poet John’s great, great grandson, Patrick McCrossan, from New York and his great, great granddaughter, Rebecca (Reba) McDaid Longhorn who rediscovered his poems.

Patrick explained: “Descendants of Poet John will gather in Strabane, some for the first time, for the unveiling of the headstone and to celebrate his legacy. They will be travelling from Australia, England, Dublin, Scotland and US to participate in this momentous occasion.

“Thanks to significant research on Ancestry.com, government documents, Strabane locals and distant relations all coming together over the last 30 years, this event was made possible.

“In the 1980s one of Poet John’s grandchildren gave my cousin Rebecca (Reba) McDaid Longhorn the obituary of Poet John printed by the Derry Journal in 1895. Reba spent many years researching his life while discovering many of his poems.

“She wrote the most extensive biography of Poet John to date printed in the Strabane Concordia in 1997. Copies of that story were given to me in 2005 upon my first trip to Strabane and since then our family has built a strong bridge of frequent visits to Strabane and meetings together around the world.”

Rev Declan Boland will say Mass at 3.30pm before the official unveiling at 4.30pm.

Patrick added: “While this family gathering is exciting, it is also incredible that Poet John wrote a poem titled ‘The Chapel Bell’ about the opening of the ‘new’ church in Strabane - which is indeed the Immaculate Conception Church!

“This poem will be read inside the church followed by the unveiling of the headstone at the Strabane Cemetery. A family dinner is planned for later that evening.”

The event has already received widespread media attention in the build-up to the unveiling reaching around 1,000,000 people to date.

Also in attendance on Saturday will be Mayor of Derry City and Strabane District Council, Michaela Boyle, who said it will be a momentous occasion not only for the family but for the town as a whole.

“John played such a huge role in the history of Strabane, with his poems so beautifully and poignantly reflecting on what was a tough time in our history in the 1800’s, just after the potato famine.

“His work is timeless, and as impressive now as it was back then, and it’s only right that he and his family are honoured in the right way with this new headstone.

“The fact that the money was raised so quickly shows just how highly thought of the work of the ‘Evish Bard’ is, and I’m honoured to be attending next Saturday’s ceremony,” she said.