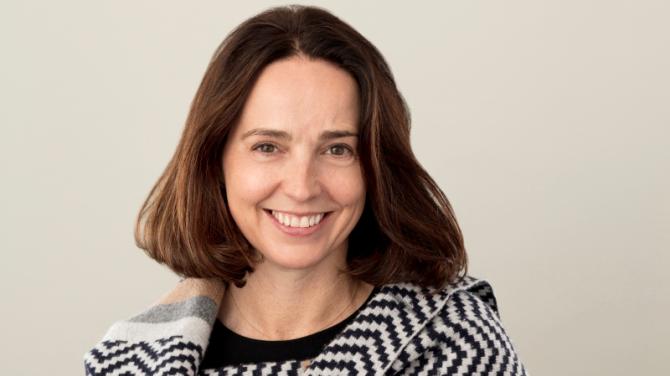 A SION Mills woman has been awarded an OBE (Order of the British Empire) accolade in the Queen’s Birthday Honours.

Named as of one of the most influential female tech executives in Silicon Valley, California, Sarah Friar (46) has been awarded the prestigious accolade for services to entrepreneurship and financial services.

The daughter of well-known and highly-respected couple, Harry and May Friar, Sarah is a past pupil of Sion Mills Primary School and Strabane Grammer School.

Thereafter followed a degree in engineering at Oxford.

She is currently chief executive officer of Nextdoor, the world’s largest private social network for neighborhoods.

Prior to Nextdoor, Sarah served as chief financial officer at Square. Under her leadership, the company launched its initial public offering in 2015 and added $30 billion in market cap.

Before her tenure at Square, Sarah served as ​senior vice president of finance and strategy at Salesforce.

Sarah also held executive roles at Goldman Sachs, as well as leadership positions at McKinsey in both London and South Africa.

The mother-of-two also sits on the boards of Walmart and Slack and is a fellow of the inaugural class of the Finance Leaders Fellowship Program, a member of the Aspen Global Leadership Network and co-founder of Ladies Who Launch, a network that mentors and inspires women entrepreneurs and business owners.

Sarah grew up in Sion Mills and earned her MEng in Metallurgy, Economics and Management from the University of Oxford and her MBA from the Stanford University Graduate School of Business where she graduated as an Arjay Miller scholar.

Her days growing up in the north Tyrone village are among her warmest memories and they have inevitably shaped her professional life.

“My mum and dad always had neighbors knocking on the door for help.

“As the local nurse and local mill HR manager they taught me the power of making communities stronger, one person at a time,” she said.

The high-flying Tyrone woman is a passionate supporter of entrepreneurship and despite her success abroad, remains committed to Northern Ireland.

She is a co-founder of the Ormeau Baths technology hub development in Belfast which supports the city’s most ambitious IT freelancers and small businesses and mitigate an exodus of Northern Ireland technology talent.

Married to David, Sarah is mother to Isabelle (14) and Mac (12) and lives in Ross, California, and works in San Francisco. Her brother, Stephen, is a consultant anaesthetist in Aberdeen.

While carving out her successful career, she has often spoken about her commitment to redressing the gender balance in the technology industry.

Last year, she was awarded an honorary degree - a Doctor of Science (DSc)- from Ulster University in recognition of her distinguished service to the international technology industry.

In awarding her the honorary degree, the university said she is an example for young women considering careers in science, technology, engineering and maths (STEM).

She is extremely honoured by the accolade and her parents are understandly “very proud” of therir daughter who follows in the footsteps of Harry himself, who was awarded a Member of the Order of the British Empire (MBE) for his services to the local community in 2007.

“It’s super and a complete surprise. We are extremely proud of Sarah and all that she has achieved. It’s a very prestigious honour to receive,” they said.