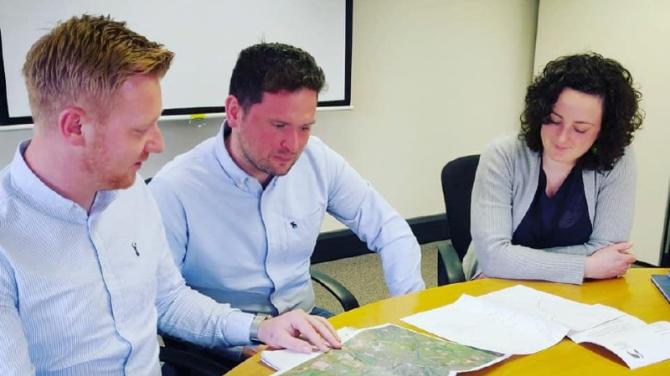 AN online petition has been set-up calling for the provision of a play park in the Derry Road area of the town.

It has been set up by local government election hopeful, Steven Edwards. The SDLP candidate claims the area has been found wanting in terms of provision and has urged the local council to consider providing play equipment for its residents.

At the time of going to press yesterday (Tuesday), the campaign had amassed 179 signatures.

The petition states: “This petition is to support the construction of a play park for the Derry Road in Strabane. There is a massive lack of provision for local families and local people.

“Despite paying some of the highest rates across the North, people living on the Derry Road have not got their own dedicated play park. The existing play parks in Strabane are 15-years-old and are also in need of massive improvements.

“There needs to be serious investment in playparks in the Strabane area and there needs to be a dedicated play park for the Derry Road area. Please support this petition that will be tabled to Derry and Strabane District Council and it’s chief executive.”

Mr Edwards and the party’s West Tyrone MLA., Daniel McCrossan, met with council officials last Wednesday to discuss the lack of provision. He added that there is also a need for play facilities in the Curly Hill area of the town, which was also discussed at the meeting.

Speaking afterwards, he said: “The meeting was positive and we will be working very hard to ensure this is delivered.

“For many years the children and residents of this residential catchment has not had access to suitable play facilities for children. We have launched a petition, please sign it.”

“With work ongoing at play facilities and spaces in Castlederg, St Columb’s Park, Magheramason, Newstownstewart and Sion Mills, that improvement continues to advance in 2019. Council will continue in its efforts to support local communities and ensure that adequate play provision is supplied in areas of greatest need, with further plans to be announced for the Strabane area as resources become available,” the spokesperson said.

She added that council had recently appointed a play development officer who is leading on a review of play across the city and district.

“The review will consider the need for play within communities across the district and bring forward recommendations on how best to deliver on this. We are committed to improving local communities both through our Strategic Growth Plan and also the emerging Local Development Plan, and we will continue to lobby the department to support council and our ongoing investment in these facilities,” the spokesperson added.

The petition can be signed at: