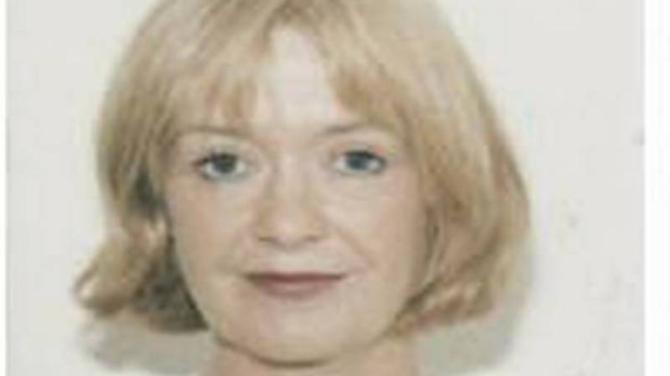 THE families of a Strabane doctor who disappeared a decade ago while on holiday in Co Donegal are seeking a meeting with Gardaí over a four-day land search and excavation carried out as part of their investigation into her disappearance.

Friday (January 11) marked 10 years to the day that Dr Deirdre Donnelly O'Flaherty (46), from Ballymagorry, disappeared from the isolated beach at Kinnego Bay while staying with her husband, also a doctor and children, at their nearby holiday home.

Despite an extensive air and sea search at the time, the mother-of-three's body was never found. The Belfast-born GP, who worked as an out-of-hours doctor in Strabane, had a history of depression.

Three years after her disappearance, a High Court judge in Belfast used new legislation for the first time in Northern Ireland to declare her dead.

Mr Justice Donnell Deeny used the new legislation to declare himself satisfied that Dr Donnelly O’Flaherty drowned after going into the sea in Co Donegal.

The declaration had been sought by her husband, Dr Kenneth O’Flaherty, under the Presumption of Death Act 2009 brought in to clarify the law and speed up the process.

Before it came into force, the family of a missing person had to wait seven years before obtaining a declaration of death.

In an unexpected development last Tuesday, just days before her anniversary, An Garda Síochána announced that it was conducting searches in mountain-like terrain close to Rathmullan near a windfarm – approximately 50-plus miles away from the GP’s last known location.

The investigation was carried out by members of the Donegal Divisional Search Team and Garda Technical Bureau along with private contractors. In a statement issued on Friday afternoon – on the 10th anniversary of Dr Donnelly O’Flaherty’s disappearance –  Gardaí confirmed that following the conclusion of the searches, nothing had been found.

“Gardaí investigating the disappearance of Deirdre O’Flaherty have completed their search operation at the site in Milford Garda District, Co Donegal. An Garda Síochána wish to thank the public for their patience during the operation. Unfortunately nothing that furthers the search for Deirdre was located during the search. The site is on private property and remains closed to the public,” a spokesperson for An Garda Síochána said.

“Gardaí have renewed their appeal for anyone who may have information in relation to Deirdre’s disappearance to contact Buncrana Garda Station on 0749320540 or the Garda Confidential Line on 1800 666111.”

The new search was prompted by an anonymous letter which was received 15 months earlier by the Garda. It claimed to know where her remains were buried.

The Donnelly and O'Flaherty families say they were distressed by the new search and the subsequent public and national exposure. They added that the search had been “entirely unexpected” and that they had only been informed three days previous.

In a statement issued on Sunday, they said Gardai have questions to answer and that they wish to meet with the investigation team involved in the search operation.

“The close and extended families of Dr Deirdre Donnelly O'Flaherty wish to express their heartfelt gratitude for the many kind and thoughtful messages of support which they have received over the course of what has been a tumultuous and distressing week leading up to the 10th anniversary of Deirdre's disappearance on January 11, 2009. The families are relieved only because this ordeal is over although in our view, the outcome was not in doubt,” they said.

“Notification that Gardai were going to carry out a land search for Deirdre was entirely unexpected, not least given that the finding by order of Judge Deeney at Belfast High Court on January 12, 2012, that Deirdre had “gone into the water and drowned” was supported by the oral evidence of the investigating Garda Sergeant.

"As far as the families are aware there has not in fact been any ongoing search for Deirdre since at least that time. The families had only three days advance notice of the Gardai excavations near Milford, County Donegal and therefore had little time to prepare for the consequences of the very public, national exposure of this story during the week.

"Gardai confirmed to the families at that time that the decision to conduct the excavation in a remote area over fifty miles from her last known whereabouts flowed from an anonymous note handed in to a Garda station in County Monaghan in August 2017.

"This note apparently provided precise map co-ordinates for the location of Deirdre's remains. The families have not seen this note and this information was not made public due to the ongoing nature of the investigation. In their press release yesterday Gardai stated that they had 'found nothing to further the search’.”

The statement added: "Accordingly, the families have requested a meeting with the Gardai investigation team to discuss a number of questions relating to the conduct, conclusions and consequences of this investigation."