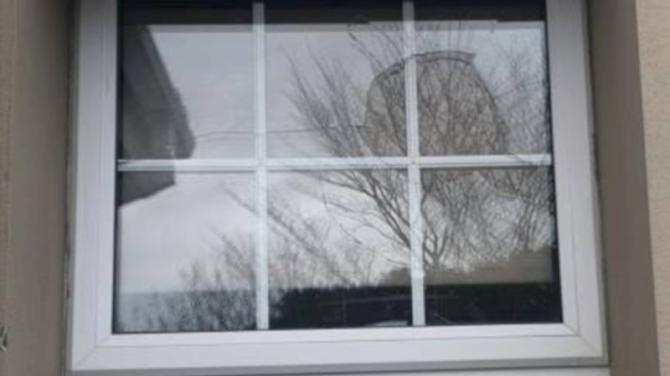 CALLS have been made this week for an end to a campaign of attacks on properties in a Strabane residential area where it has been claimed that thugs are terrorising the community and in particular, targeting the elderly.

The ongoing anti-social behaviour and harassment of residents at St Mary’s Drive, adjacent to the former Adria factory site, is causing distress to elderly and vulnerable residents in the area, a local MLA has said this week.

Sinn Fein’s Michaela Boyle revealed that the home of an 82-year-old resident has repeatedly been targeted by the culprits. A window of her home was broken for the second time last week whilst her property was also pelted with eggs and glass.

Other homeowners have also reported having stones and objects thrown at their homes and over the Halloween period, the anti-social activity escalated when a number of rubbish bins were stolen and subsequently set alight.

It is understood the sustained behaviour is being fuelled by young people who are gathering and drinking at the nearby and disused Adria factory site. The Beechmount Avenue site has been a headache for residents living in the area for several years since the factory closed. It has become a magnet for vandalism, graffiti and anti-social behaviour.

Many residents say that they are now at their wits end with the behaviour. There have also been calls for an increased police presence in the area as well as calls for the Adria site to be properly secured.

It is understood that further incidents have also been reported in other areas throughout the town amidst a perceived increase in anti-social behaviour locally with many fearing the culprits are acting with impunity.

Outlining details of the attack on the elderly woman’s home, the PSNI confirmed it has been alerted to the ongoing behaviour in the St Mary’s Drive area but stressed the need for an end to anti-social behaviour in all areas.

“Police have received a number of reports of anti-social behaviour in the St Mary's Drive area of Strabane recently. In the latest incident an 82 year-old female has had her window broken for the second time within a few months.

“We would appeal to parents to take an active role in their children's lives and to know where they are, who they are with and what they are doing. Could we also remind anyone taking part in anti-social activity that what might seem like harmless fooling around can often result in a criminal record which can affect future choices and opportunities,” a spokesperson said.

Speaking out against the behaviour, Michaela Boyle called on those responsible to stop making life hell for residents. She said that she has visited the lady who, she said, is distraught by the ongoing campaign of harassment.

“This lady has suffered so much harassment from anti-social elements in this town. Not only have windows been smashed, bins stolen etc but they've actually now resulted to pelting eggs and smashing light bulbs against her home,” she said.

In a message to the perpetrators, she continued: “Do these people have no morals at all? This is a woman in her 80s. Wise up and have a bit of respect! This is not a game, this is not funny - this is causing people to live in fear. It's a total disgrace. Those responsible are nothing but thugs.”

Mrs Boyle has urged anyone with information or knows who responsible to report it to the PSNI.

“These thugs need to be held accountable,” she added.

The PSNI says anyone with any information on recent incidents or with general concerns regarding anti-social behaviour should contact the Neighbourhood Policing Team on the 101 number.