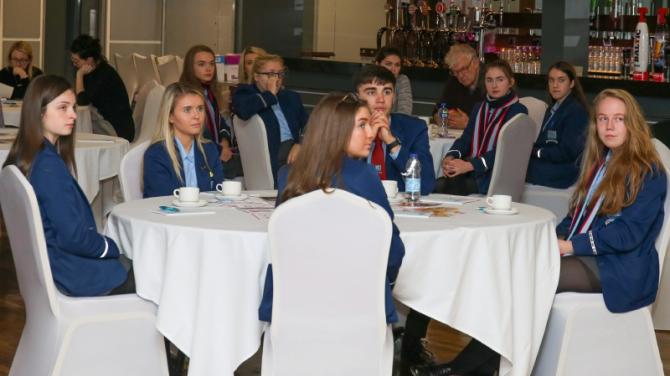 STRABANE Ethnic Community Association (SECA) has hosted an event as part of National Hate Crime Week to tackle the issue and draw attention to the impact prejudiced-motivated crime has on victims.

The anti-hate crime event – ‘Unite Against Hate’ - was hosted in partnership with Strabane PSNI and took place on Friday morning last in the Fir Trees Hotel and featured a series of guest speakers who gave presentations on hate crime in all its forms.

By its definition, hate crime or incidents are committed against someone because of their race or ethnicity, sexual orientation, faith/religion, political opinion, disability or gender identity.

Friday’s event heard that hate crime often goes unreported and, to this end, there is a need for everyone to be aware it exists and, if necessary, to take action.

Speaking about the importance of initiatives such as National Hate Crime Week, Kamini Rao, project co-ordinator at SECA, said it encourages local authorities, key partnerships and community groups affected by hate crime to work together to tackle hate crime issues.

“It aims to bring people together to stand with those affected by hate crime, to remember those who have been lost to hate crime and to support those who still need ongoing support because of hate crime. It spreads a message of hope by running awareness events to increase public knowledge, encouraging people to think about how they would respond to hate crime if it happened to someone they know, preventing hate crime where possible and empowering communities to report hate crime and work together,” she said.

Urging all victims to report incidents to the PSNI, she continued: “Crimes committed against someone because of their disability, transgender identity, race/religion or sexual orientations are hate crimes and should be reported to the police.

“Hate crimes include threatening behaviour, assault, robbery, damage to property, inciting others to commit hate crimes and harassment. Hate crimes in all its forms is intolerable. It perpetuates segregation and creates fear. It has no place in our society. Whether it is verbal abuse from children on street corners, mental persecution by those who are meant to provide care or physical attacks carried out by callous bullies, we should not tolerate it.”

The SECA organisation was formed in 2004 by a small group of people, including Kamini’s father, Bobby, who had been victims of racial hate crime. Now in 2018, the group has gone from strength-to-strength and is one of the oldest ethnic support groups in the North West.

Kamini continued: “By taking their negative experiences of hate crime, this group of people were able to turn it into something positive to tackle the issues of hate crime by spreading awareness of diversities in schools, communities and workplaces and by working with local authorities in partnership.

“The role of society today should be to bring people together, not to segregate, to inspire people whatever walk of life they are from to be part of a cohesive society. We dream of a society which is free from harassment, hate and discrimination and where all people are valued for their uniqueness.”

Elsewhere, a short film by pupils from Strabane Academy – who were in attendance at the event – depicting the experience of a Syrian refugee beginning a new life at school in Northern Ireland was also screened.