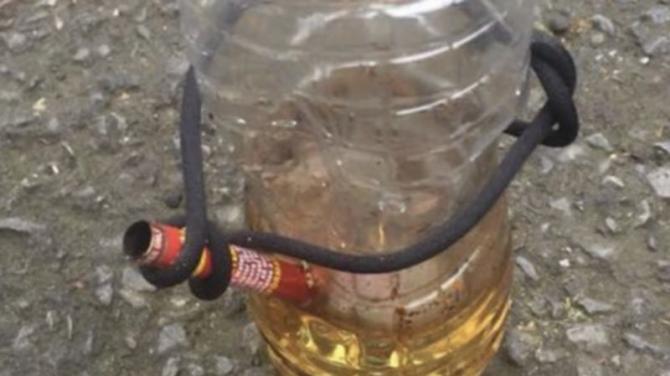 DRUGS paraphernalia found abandoned close to a children's play park in the town has been branded “completely unacceptable” by a local MLA.

A photograph of the item – a  makeshift plastic ‘bong’ type bottle – was sent to SDLP MLA., Daniel McCrossan, by a concerned passer-by.

The bottle had a pipe attached and brown liquid inside. Mr McCrossan said it was discovered in the grounds of Courtrai Park, which is behind Barrick Street and close to the local PSNI station, last Thursday.

Speaking on the find, Mr McCrossan said it was “reprehensible” that people would be engaging in illicit drug taking in or near the play park and in an alleyway area used regularly by parents walking their children to school.

“I am totally disgusted and infuriated to see this in a local play park. Our children deserve safe and clean environments to play in,” he said.

“The use of drugs for recreational purposes is not acceptable at anytime and most certainly not in children’s play parks. Children should not be exposed to such.”

The local MLA said he has also engaged with Derry City and Strabane District Council as well as the PSNI regarding the matter and ongoing anti-social behaviour issues in the area.

Mr McCrossan posted an image of the find on social media prompting a flurry of condemnation with many contributors voicing their concerns and branding the find “a disgrace”.

Also commenting on the find, the PSNI has confirmed officers will be paying closer attention to the area to discourage such activity.