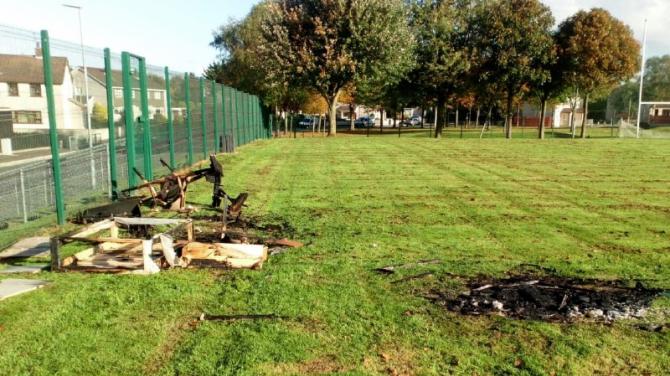 A PLEA has been issued to vandals to stop damaging community facilities.

In recent weeks a number of sporting and recreational areas district-wide have been forced to temporarily close as a result of extensive damage due to vandalism.

In the latest incident, the football pitch in Lisnafin was targeted in the early hours of Saturday morning when furniture items were burnt on the play area, leaving behind ash and debris.

The pitch - which is on Northern Ireland Housing Executive-owned land - had to close for a period due to health and safety reasons. It was cleared by grounds maintenance staff from the Housing Executive and reopened yesterday (Tuesday).

The vandalism comes just days after the Multi Use Games Area (MUGA) in the Glebe area was similarly destroyed. In that incident, a wheelie bin was set alight on the 3G pitch causing damage to the surface resulting in the facility closing for a period whilst contractors from Derry City and Strabane District Council (DCSDC) made good the repairs. It too has since re-opened.