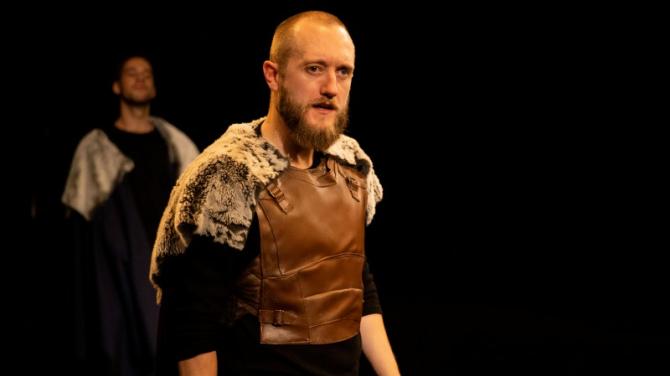 A STRABANE actor is making a name for himself with his new adaptation of three of Shakespeare’s most blood soaked plays.

Simon Stewart has adapted three of William Shakespeare's plays into one called 'My Other Self: The Evolution of Shakespeare's Richard III’ has just closed at the Camden Fringe in London at The Cockpit Theatre.

It is a bold adaptation of a little explored theme in the War of the Roses Saga and explores mental health, toxic masculinity and the events that led to Richard III becoming literature's most infamous villain.

Was Richard truly born a villain, a dog that was meant to bite the world or was it the relationships and circumstances of his life that made him who he was?

The company are also supporting CALM, the campaign against living miserably, a men's health charity dedicated to reducing the number of suicides among young men in the UK.

The play has been given a great reception and has been nominated for the Off West End awards for ‘Best Short Run Production’. It has also been given four stars by Broadway World.

Simon grew up in Strabane and was involved in the theatre from a very early age. His uncle Gerald Doran would paint the sets for St Patrick's Hall Pantomimes every year and Simon quickly looked to join the cast with great like Kevin Doherty and Leo McBride.

The former Holy Cross College pupil was in these pantomimes for a few years before heading to University at Queens in Belfast and from there he went of Acting School in Dublin at The Gaiety School of Acting - The National Theatre School of Ireland.

He moved to London and set up All or Nothing Repertory Theatre Company, whose first outing was an ambition season of three plays for the Pride Festival in 2018.

Simon adapted Shakespeare's Measure for Measure as an LGBTQ version of the play, he played Angelo in the production and Saul in William M Hoffman's As Is, he produced the Season called Remember the Clause which celebrated the lives and sacrifices made by those that opposed and fought against Margaret Thatchers Section 28 in the 1980's.

Simon remains artistic director of All or Nothing Repertory Theatre Company and plans a tour of the My Other Self to schools to encourage young men to talk about their mental health.