Rural primary schools close their doors ahead of amalgamation 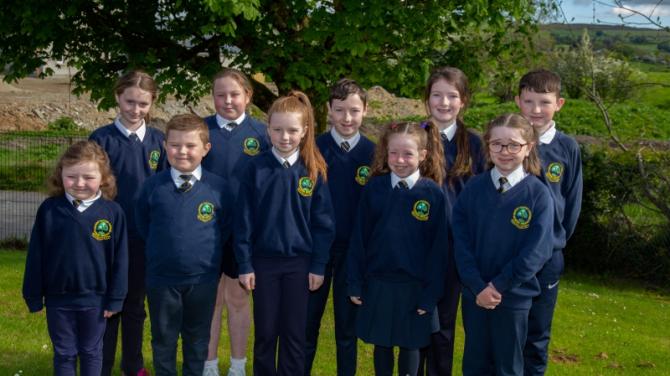 FOUR rural primary schools in the Aughabrack, Donemana and Glenmornan communities have closed their doors for the final time ahead of their amalgamation.

With an enrolment expected to be in the region of 100 pupils and rising to a maximum of 133 pupils, the new school will initially be situated on the grounds of the current St Patrick’s Primary School whilst a development proposal remains for future exploration.

A proposal to merge the schools, which serve the Parishes of Dunamanagh and Leckpatrick, has been in the pipeline for many years but the decision was only finally ratified in February this year.

All four schools have made an immeasurable contribution to their respective local communities for many years and spent last week saying an emotional goodbye before the final bells tolled bringing the curtain down on decades of educational provision in the north Tyrone areas.

Principal of the new school, Mrs Jacqueline Carlin, says that whilst the closures are tinged with sadness, parents, teachers, pupils and the wider community are looking forward to the opening of a new chapter in September.

“We now look forward with great excitement to a new beginning at St Michael’s in September where the continuation of the values nurtured at Altishane, Loughash, St Joseph’s and St Patrick’s will be ever-present and at the core of any future successes at our new school,” she said.