Delight as missing pets reunited with their families 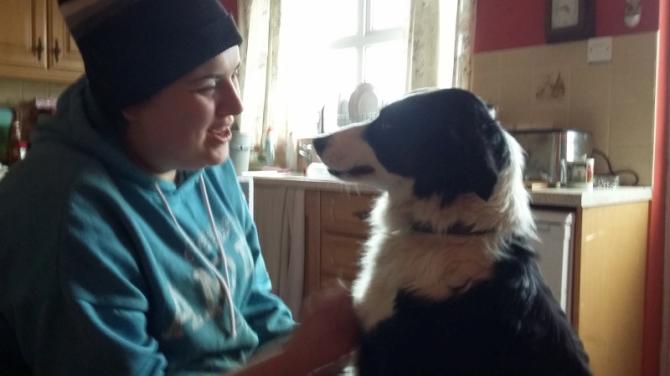 A MUCH loved family pet which had been missing for six nights has been reunited with its delighted owners.

The frightened animal ran off from the scene after its owners, from Castlederg, were injured in the incident.

Several sightings of Robin had been reported in the Strabane area after an appeal was launched online to find her.

In a separate case, ‘Bungle’ a black labrador had been missing in Strabane overnight last Wednesday after being struck by a car on the bypass.

Rosemary Hastings had posted details on Facebook. The posts had been shared hundreds of times and on Thursday morning came the good news that both animals had been successfully reunited with their relieved owners.

Robin, who had just spent her sixth night in the cold weather and in unfamiliar surroundings, was located outside a property at Orchard Road.

An injured Bungle had made his own way back home. He’s nursing an injury to his foreleg but is on the mend.

Rosemary said she and the families were grateful to everyone who helped with the searches and described the happy reunions as “unreal”.

"Thank you so so much to everyone who shared all the posts about Robin and Bungle; who tagged friends and contacted us with possible sightings. Although it took a few days to get Robin anyone I stopped to ask over the last few days had all seen the Facebook posts and knew all about her.

"That wouldn’t have happened without all the shares and tags and these two lovelies would not be home with their amazing families out of the cold," Rosemary said.